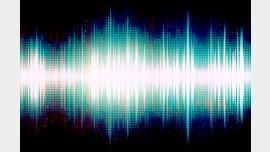 It seems that if you want to play, it is necessary to press something, to strum and thrum, in a word, to touch the instrument.

However, while it sounds fantastic, there is such a device that can play music without anyone touching it. It is the theremin, also known as thereminvox, one of the first and strangest electronic instruments.

This is not only because of the unusual way it produces music, but also because of its mystical and modern sound.

It was pure chance that exactly a century ago the Soviet scientist Leon Theremin invented the theremin. He was trying to create a device that would measure gas density. While experimenting, he noticed that changing the position of one’s hand in relation to the gauge propagated different sounds. Incidentally, the inventor of the theremin was not only a scientist, but also a KGB spy. Specifically, his mission involved foreign industry companies. He worked with Americans producing the theremins while at the same time pumping them for intelligence.

The operating principles of the theremin are no magic – it is really and truly physics. Everybody knows that vibrations in the air create sound. An excellent example is the guitar. When the guitar string is struck, it starts to vibrate, consequently producing a sound. Depending on the thickness and the length of the string, sounds of different frequencies are produced. In electric instruments, the electric current is the equivalent of a string and has the loudspeaker oscillating. As the air vibrates, the sound wave travels to our ears. In order to make the loudspeaker oscillate, the current should flow back and forth cyclically. This phenomenon is called the alternating current.

The bond between a person and the theremin constitutes a full capacitor. As the hand comes closer to the antenna, more charged particles accumulate in the capacitor and the current vibrates at a lower frequency.

Conversely, as the hand moves away, the frequency rises. However, simply waving one’s hands is not enough. The current produced in such a way oscillates at a frequency of approximately 250 kHz, which significantly exceeds the limits of the frequency range audible to people.

In order to solve this problem, a radio with a frequency conversion circuit is used. Interestingly, a musician playing the theremin should leave more empty space around the instrument. Any object made of electrically conductive material or a person that happens to come too near the theremin’s antenna can change the intonation of the sound it emits. This issue is especially relevant when there are other musicians playing alongside on the stage.

The theremin was in a blaze of glory in the 1960s. Due to its mystical sound it found a place in Hollywood film soundtracks, mostly they were horror or science fiction films. Its chilling, ghostly sound can be heard even in Alfred Hitchcock’s films! Later on, the strange instrument was used in the music of The Beach Boys, The Rolling Stones, and Pixies.

Even though the theremin is not as popular these days, it still is one of the most exotic instruments in the world.